A death that passed me by, one of our greats!

I missed this obituary from the Toronto Tribune when it appeared following the death of Anne Roche Muggeridge on September 15th this year. I never met Anne but I met one of her sons, Matthew who, providentially, took care of my own son, also a Matthew, who was a lonely 17 year old backpacker in Lourdes at the time. Matthew Muggeridge, some time later, came to our house and stayed with us for a few days. He is now an Attorney in the USA.
If the son is an image of the mother, then Anne must have been an extraordinary woman. She is related to the famous Malcolm Muggeridge (daughter-in-law) but she was also a famous writer in her own capacity.
After Matthew came to stay with us and at his request, she sent me a copy of one of her books, 'The Desolate City'. It was Christmas 1994 - how apt that I should think of her at this time and discover that she has gone to her just reward.
The book is  a liberal Catholics nightmare, it highlights the abuses that we have come to almost accept as part of the Catholic Faith - but of course, they are not. As well as being a comment on the state of the Church, the book is also a historical gem and you may open it at any page and be riveted by the content, here is an extract to whet your appetite:-

(Writing of a visit to Salehurst, Sussex)

"Today I see the same obliteration once again threatening Catholicism. As before, the monasteries have been destroyed, their buildings sold to Hare Krishna or for golf courses, their books bought up by the second hand book dealers. Salehurst Church lost its stained glass and its statues to the Reformation. Every modern Catholic Church has, in the wake of Vatican II, been savaged by a liturgical reform more destructive of Catholic religious symbolism even than that of the sixteenth century. Most terrible of all, the Mass disappeared from Salehurst's altars. In modern Catholicism, the centre of the Mass endures, though much denuded; but for how much longer? Traditional eucharistic doctrine is under attack in every parish, as the continuing thrust of the reform tends inexorably to the disappearance of the sacrificial aspect in favour of the communitarian. I kneel in Salehurst Church, I do not genuflect.
The Real Presence remains, though often under sufferance, in most Catholic Churches; it might as well not be reserved for all the attention paid to it".

From: The Desolate City 1990 - Harper and Row, Publishers 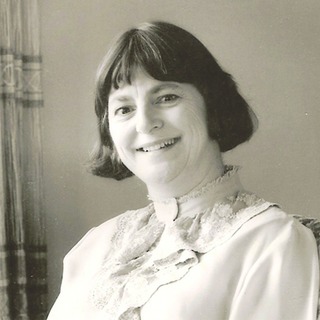 
MUGGERIDGE, Anne (nee Roche) - Called to God in her 75th year Sept. 14, 2010. Born in Corner Brook, NFLD, Anne entered the convent of the Presentation Sisters at St. John's at the age of 15. She left the convent at 18 to teach school and then attend Memorial University. Married to John Muggeridge in 1960, her husband of 45 years until his death in 2005. She wrote two books on the Post Vatican II Church, The Gates of Hell and The Desolate City and many articles. With passion and sense of humour, Anne tirelessly defended the Catholic faith in the public square and helped to bring many people into the Church, including her father-in-law Malcolm Muggeridge. Together, John and Anne led the efforts to bring back their beloved traditional Latin Mass, founding the Latin Mass community in St. Catharines - all the while being a wonderful mother and wife. Beloved mother of John, Charles, Peter, Matthew and Rosalind, sister of Edward and Grandmother of 21 grandchildren in Canada and the U.S. Sung Tridentine Requiem Mass was celebrated at St. Vincent de Paul Church in Toronto on Sept. 18, 2010. 9475056
Posted by Richard Collins at Saturday, December 18, 2010